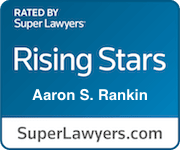 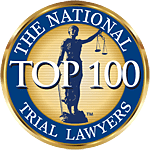 Aaron S. Rankin partnered with David Minces to form Minces Rankin in 2021, focusing his practice on insurance, personal injury, and products liability litigation. Aaron has been licensed since 2007 and is an experienced commercial litigator who has successfully handled litigation matters across the United States for individuals and companies who were harmed by the wrongdoing of others. During his first five years of practice, Aaron worked at the largest law firm in the world on cases, including some with billions of dollars at stake. More recently, Aaron successfully represented more than a thousand corn farmers in a major class action lawsuit against a giant agribusiness company.

Aaron is committed to representing the interests of individuals and companies against large corporations and well-funded insurance companies. He is proud to stand with consumers who have been harmed by the defective and dangerous products delivered into the marketplace by manufacturers who care more about their own bottom line than they do the health and safety of those who purchase what they sell. When others see insurmountable obstacles, Aaron sees opportunities to implement creative and successful litigation strategies.

A skilled advocate who is dedicated to his clients, Aaron is admitted to practice in all state courts in Texas, as well as the United States District Courts for the Northern and Southern Districts of Texas.

Aaron was selected by his peers for inclusion in Texas Super Lawyers Rising Stars for 2016 and 2017 and has been honored to be among the Top 40 Under 40 and the Top 100 Trial Lawyers for Civil Plaintiffs by The National Trial Lawyers every year since 2018. He is a member of the State Bar of Texas.