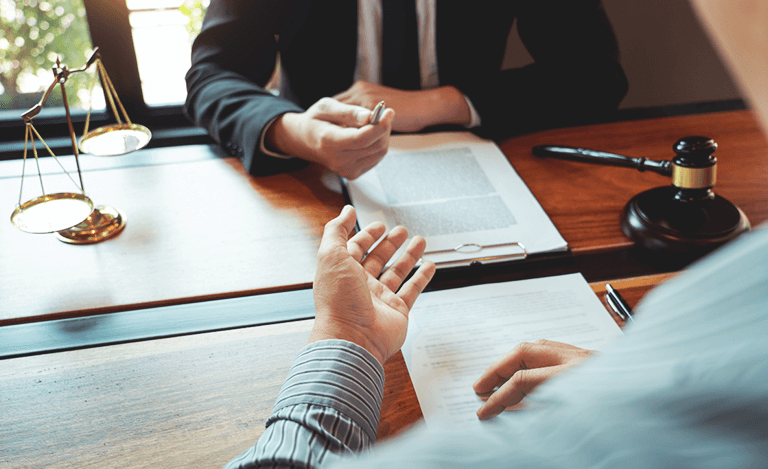 Nearly all businesses need contracts. Although it may be tempting to try and draft a contract yourself, a properly drafted contract requires skill and specific knowledge. At the center of any business transaction, there should be a properly written contract that governs the relationship between the parties. Contracts are everywhere, and depending on the industry, you may enter into them on a routine basis. Despite their prevalence, contracts are regularly breached for any number of reasons.

A breach of contract can occur when one party fails to perform as promised or otherwise violates a term of the agreement. Contract disputes can arise from disagreements with parties to the contract or with third parties. Any time a party fails to comply with a binding and legally enforceable contract, a breach occurs. A breach of contract can be either material or non-material, and the level of the breach matters.

“…anyone who has him fighting for them is sure to be vigorously represented.” – Former Client

Contract disputes can arise in any number of contexts. Minces Rankin has helped represented clients on all sides of contract breaches arising out of breaches of:

If you were injured as the result of a contract dispute, you may be owed damages, but that can depend on the terms of the contract regarding damages, the subject matter of the contract, and what damages were incurred as a result of the breach. Under Texas law, various remedies are available for breach of contract, including:

In some circumstances, there may be a significant hurdle to proving that an agreement or contract existed. This can occur when a contract was not written down or when it is unenforceable for some reason. In such an instance, a party can request that a court provide an equitable remedy called quantum meruit, which means the payment of a reasonable sum for services rendered or work done when a legally enforceable agreement does not stipulate the amount due.

If you are a Texas business in need of a contract or experiencing a contract dispute, investing in a contract lawyer in Houston will help you ensure that your business is protected. The Law Firm understands that when drafting a contract, it must serve both the business and legal needs of the company. With extensive contract law experience in Houston, let me draft contracts that serve your business, avoid disputes, and will be held enforceable in court. Houston contract attorney would be happy to discuss your contract needs and disputes with you and offer you the guidance and representation you need.

Mr. Minces defended me in an extremely complicated multi-million dollar contract lawsuit very effectively. He quickly grasped the issues. He was extraordinary at deposition and testimony prep. He dug into the details in depth and aggressively defended our position and destroyed the other side's positions. He was instrumental in settlement negotiations which were exceptionally beneficial to our side. I highly recommend him.